I've officially bought into the Nintendo Wii hype. The final selling point came when I heard about the virtual console. Although the details are vague at the time of this writing, this virtual console will apparently offer an extensive back catalog of NES, SNES, and N64 games. "The Virtual Console also will feature a "best of" selection from Sega Genesis titles and games from the TurboGrafx console" according to Nintendo. That of course implies that only a limited selection of Genesis and TurboGrafx-16 (TG-16) games will be available. Now I've been a fan of the TG-16 for the last 14 years or so, naturally I'm excited about the prospect of the system being given a new life.

It was a bold move by Nintendo to support the TG-16 on their upcoming virtual console. It wasn't exactly a smashing success in the U.S. (but fared well in Japan). There will be a contingency of TG-16 fans that buy the Wii, but I estimate they'll make up less than 10% of all Wii owners. The remaining 90% will have some vague recollection that a system called the TurboGrafx-16 once existed. Many of them will try it out of curiosity. The die-hard fans won't be happy unless every title is flawlessly ported. However, it's the other 90% that will determine the success of the virtual console. Keeping these odds in mind, I came up with five TG-16 games the Wii virtual console simply must have, five it should avoid like the plague, and five it should have that will be sorely missed.

Five TG-16 games that should be on the Wii

Bonk was supposed to be the TG-16's answer to Mario. The original came up short. The graphics looked great for the era but it lacked the gameplay and plain old "fun factor" of the Mario series. The sequel, Bonk's Revenge, received a significant upgrade. The levels were longer, more complex, and filled with hidden bonus stages. The graphics were made more colorful and detailed. Best of all, it was just more fun to play than the original. Bonk's Revenge can hold it's own against the Mario and Sonic franchises. This is a no-brainer for the Wii virtual console and would be a great way to introduce the TG-16 to new players.

Pound for pound, Dungeon Explorer is the best TurboChip game available. It's a five-player, Gauntletesque, dungeon shooter that takes hours to complete (long enough that it has a password feature). If features ten different playable characters (including two hidden ones), each with their own strengths & weaknesses. Detailed sprites and a great soundtrack polish off the game nicely. This is the kind of game that just about anyone can enjoy, either in a solo quest or a group.

This is a wacky platform game that's tough to describe. Let's just say that it's nearly impossible to not enjoy J.J. & Jeff. It's a fun and hilarious game that will entertain practically any gamer.

Dragon's Curse begins in the last level of the previous game, in a fight against the robotic Meka Dragon. You easily defeat him only to be hit with a curse that turns you into a dragon (hence the title of the game). There begins the quest to regain your human form. Along the way you transform into a mouse-man, fish-man, lion-man, and bird-man. Like Metroid, this is a side-scroller with tons of free exploration, hidden items, and a password for saving.

Jackie Chan's Action Kung-Fu: This slightly obscure title is my sleeper pick. Jackie Chan's Action Kung-Fu is a fast-paced game that will appeal to fans of the NES, SNES, and Genesis platformers. Keep in mind that most gamers who sign-up for the virtual console will be primarily looking to play these three systems. If they try the TG-16 it will largely be to try something different. I'd like to see them turned into full-blown TG-16 fan converts. This game is one of those strangely addictive titles that will peak gamers' interest in the TG-16 and get them to come back for more.


Five TG-16 games that shouldn't be on the Wii

If you like novelty-sized sprites then you'll love China Warrior. Otherwise, this repetitive Kung-Fu for NES rip-off has few redeeming qualities.

Update: China Warrior was released for the Virtual Console on 2007-06-25. Please avoid this abomination at all costs.

Put some clothes on! "Hot Coffee" doesn't have as much bare flesh as this sequel-to-a-game-that-didn't-deserve-a-sequel. Seriously, I'm like the only TG-16 fan who absolutely hated the first Legendary Axe. At least nearly everyone agrees the follow-up is comically bad.

The problem with Double Dungeons is that people will see the title and want to try it. "Hmm, I like games in dungeons. This must be like double the fun or something." Wrong. Double Dungeons is a monotonous dungeon crawler that will bore most players.

Update: Double Dungeons was released for the Virtual Console on 2007-03-12. Not too surprising.

This game is the most blatant Legend of Zelda copycat I've seen. Most of the virtual console players will have seen the original 8-bit Zelda (heck, it'll probably be one of the most played games on it). If they try Neutopia they'll have a great laugh at the TG-16's expense. It will tarnish their image of the system and ultimately hurt future virtual sales.

Update: Neutopia II was released for the virtual console. For $6 I could go either way on it.

Sports games generally don't stand the test of time very well. A good platformer, RPG, shooter, adventure, or puzzle game will hold up for years. Go to any store that sells used games and you'll see dozens and dozens of sports titles at giveaway prices. The TV Sports games for the TG-16 are no exception. They look nice but don't play especially well.

Since none of the TV Sports games use actual teams, players, or leagues so there wouldn't be the royalties issue to hold them up. Luckily we may be spared from these game because their creator, Cinemaware, exists in name only at this point.


Five TG-16 games that should be on the Wii, but won't

Dungeons & Dragons: Order of the Griffon

Order of the Griffon was the only full-blown RPG for the TurboChip released in the United States. The gameplay style is the same as the classic "Gold Box" D&D games that were released for various computers. It runs on the difficult side (at least I was never able to finish it) but would obviously appeal to old-school RPG fans.

Why won't this be on the Wii? For the same reason neither of the two Dungeons & Dragons games appeared on the Intellivision Lives! collection. The D&D name and intellectual property are, rightfully, tightly guarded. The current owners will expect a level of compensation that is incompatible with Nintendo's pricing strategy. I hope I'm wrong on this.

Ninja Spirit is a mind-blowing slasher with seven levels of furious action that will challenge even the best gamers. The soundtrack is one of the finest on the system, adding greatly to the overall atmosphere. If you had to try and sell the TG-16 with just one game this would be the one to choose.

Why won't this be on the Wii? Ninja Spirit was developed by Irem who are solidly in the Sony camp. Ninja Spirit was also a semi-obscure title that came out late in the TG-16's lifespan. It never sold well and was included as a last minute free pack-in to the Turbo Duo system.

Update: Glad to see I missed the mark on this one. Ninja Spirit was released for the Virtual Console on 2007-05-14. I can't recommend buying this game enough.

Now here's a game that could really take advantage of the Wiimote. In this game you control an aspiring newspaper photographer out to capture wacky snapshots. You have to simultaneously steer the photographer and the camera crosshair which can be tricky. The zany Wii controller, on the other hand, would work perfectly for this game. You could move the big-toothed photographer with the analog attachment while snapping pics with the Wiimote. This is exactly the type of unique game Nintendo is looking to deliver.

Why won't this be on the Wii? This game was also published by Irem which may or may not be a factor. More importantly, it was only released in Japan. The suggested control scheme would also require modifying the original game which is basically out of the question.

Too late in its lifespan the TG-16 proved it could technically compete with the other 16-bit systems. This port of Street Fighter II Championship Edition (SFIICE) is debatably better than the SNES and Genesis versions. Only released in Japan, it never had a chance to make it overseas because the system was in its death throws by then.

Why won't this be on the Wii? Capcom licensed a direct-to-TV edition of SFIICE based on the Sega Genesis cart. It was poorly emulated and cost $30. I think there's a 0% chance they'll allow downloads of any Street Fighter game for the $5-$15 price points Nintendo is shooting for.

Update: My reasoning on this turned out to be wrong. Street Fighter II: The World Warriors (SNES) was released for the Wii Virtual Console for only $8. I really didn't think Capcom would go this low for a game they were just recently selling for substantially more. However, this basically rules out any chance of seeing the TG-16 version on the Virtual Console.

Second Update: Wow, I was dead wrong in my original theory. Street Fighter II: Hyper Fighter (SNES) was also released. I can't imagine the original will sell a single copy with this highly improved version available.

Third (and final) Update: Alright, I officially could not have been more wrong on this. Street Fighter II Championship Edition was surprisingly released in November 2009. I will definitely be buying a copy.

This is basically identical to its American counterpart J.J. & Jeff. This biggest difference is the gratuitous amounts of potty humor. Instead of attacking foes with a spray can you have flatulence and so on. When it was brought to the states they Americanized the characters and scrubbed the content. After ~15 years of GTA and Dead or Alive Beach Volleyball I think we can handle Kato & Ken.

Why won't this be on the Wii? Assuming J.J. & Jeff makes it to the virtual console there's little reason to include Kato & Ken. The farcical Asian stereotypes, which ironically are OK to use in Japan, would cause a near-riot in the United States. 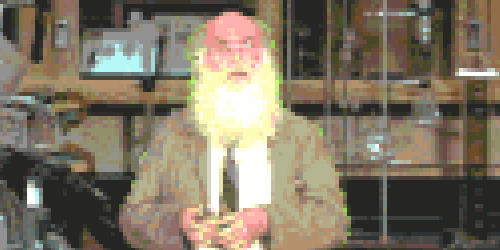 TurboGrafx-16 CD on the Wii 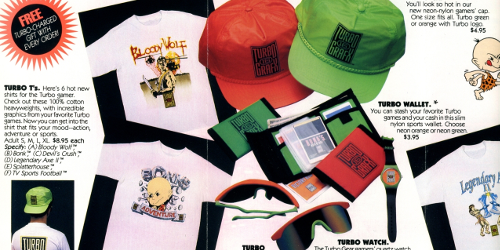