For a while I wanted to write some game reviews and arbitrary "top 10 XXXX games" lists. I felt like I needed to invent a new rating system to go along with these. The "x out of 5" or "x out of 10" scoring systems are too overdone. A percentage system it too broad, what's the difference between an 84% and 85% game rating anyway? I pondered a generic "thumbs up, thumbs down" approach but that brought back memories of that awful movie "Gladiator". Am I the only person in the world who thought that movie was pile of steaming horse flop?

=the same as Super Mario Bros

Super Mario Bros is the perfect game to use for a baseline. For starters, everyone has played it. Anyone who thinks "Super Mario Bros, WTF is that?" can go scratch. Everyone basically likes the game but it's not their favorite. If you ranked all the games you've ever played from worst to best, Super Mario Bros would probably end up in the middle. That's not a knock on it at all. Super Mario Bros is better than about half the games ever made, including next-gen titles. For example, Fight Night 360 (or whatever it's called) looks 1,000x better than Super Mario Bros but is a lot less fun to play. On the other hand, I think Adventure for Atari 2600 is an overall better game despite its crude graphics. All things considered, I can't think of a better baseline game than Super Mario Bros.

The Mario Scale ranks games based off the following criteria (in order of importance):  This rating can be displayed as a simple summary:
..or as a slightly more detailed review:

I'll admit, it's hard to top Super Mario Bros in the replay category. Even after beating it you still want another go at it. Maybe you want to try a new route, visiting every level, seeing how quickly you can win, getting 99 lives, finding every secret, or stopping by level -1. There are plenty of reasons to dust off the ol' NES and play a quick game of Mario. Scoring a fiery Mario in this category is tough, but not impossible.

Plot is a tricky element to gauge. "Plot" doesn't necessarily mean the game has an intricate storyline. "Plot" would mean "premise" for most arcade, platform, and shoot-em-up games. Some have a decent enough premise while others are completely absurd.

Super Mario Bros is a good baseline for plot in this regard. OK, a plumber that has to rescue a princess from a giant lizardish thing is a little goofy. However, it manages to work out pretty well. It's not so over-the-top or stupid that it's rendered unplayable. It gives the game a distinct flavor that separates it from just being "some dude running across a never-ending series of bland screens".

The way I see it, the more minimalist a game's control is the better. Can you control the game with a d-pad and few buttons or do you need the flight deck of a Boeing 747? How about the precision, does it feel like you're really driving a car or whatever? Is the character motion smooth and accurate and so on..

Of course by this  definition, Super Mario Bros would would be almost perfect. It has one of the cleanest, simplest controls imagined. The only hitch being the well-documented bugginess.

It's stating the obvious to say that Super Mario Bros has a memorable soundtrack. Although being cranked out of an 8-bit system, it's superior to many of today's forgettable soundtracks. A game's soundtrack goes a long way towards setting the overall tone. Super Mario Bros is a great example of this. From the perky overworld music to the semi-menacing castle track, the audio makes the game come alive.

Yeah, this is ranked last. Graphics have always been the least important factor in deciding the quality of a game to me. I know I'm in the minority on this. They are tons and tons of games that look spectacular but are horrible. The first (and only) time I played Half-Life I thought it was best looking game I'd ever seen. After 30 minutes of running around a lab with nothing happening I quit and never tried it again.

Like the sound category, graphics are rated based on how they establish the tone of the game. Nintendo didn't need 3D-acceleratored polygons to make Super Mario Bros look great. The colors, animation, and scenery were simple yet perfect at the same time.

Hardware capabilities are also factored into this. A game on a pre-NES system can have relatively great graphics if they're used correctly. Practically every game made on post-NES systems has higher color depth and resolution than Super Mario Bros. That doesn't translate to better graphics though. There's no shortage of ugly games on newer systems. 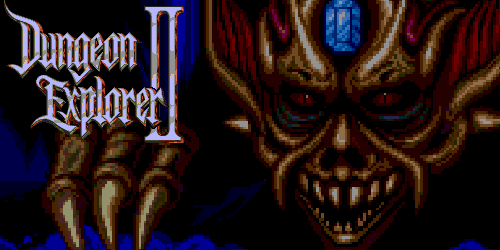 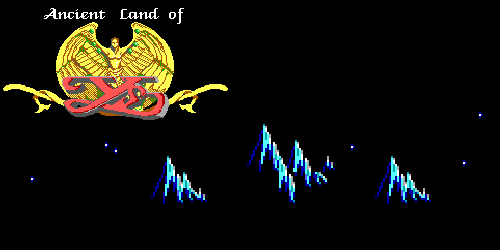